SynBio and the music of chance

If our kind of mind had been confronted with the problem of designing a similar replicating molecule [to DNA] from scratch, we'd never have succeeded. We would have made one fatal mistake: our molecule would have been perfect. Given enough time, we would have figured out how to do this, nucleotides, enzymes and all, to make flawless, exact copies, but it would never have occurred to us, thinking as we do, that the thing had to be able to make errors.

The capacity to blunder slightly is the real marvel of DNA. Without this special attribute, we would still be anaerobic bacteria and there would be no music. Viewed individually, one by one, each of the mutations that have brought us along represents a random, totally spontaneous accident, but it is not an accident at all that mutations occur; the molecule of DNA was ordained from the beginning to make small mistakes.

-- so wrote Lewis Thomas more than thirty years ago in an essay titled The Wonderful Mistake.

Synthetic biologists working today believe they are not playing. Certainly, some of the language adopted in the field communicates a specific intention to rule out chance in the pursuit of value-added. Here's an example (as noted by The Synthetic Biology Project, but with emphasis added by me):

As envisioned by SynBERC, synthetic biology is perhaps best defined by some of its hallmark characteristics: predictable, off-the-shelf parts and devices with standard connections, robust biological chassis (such as yeast and E. coli) that readily accept those parts and devices, standards for assembling components into increasingly sophisticated and functional systems and open-source availability and development of parts, devices, and chassis.

If they succeed, SynBERC and others will not be creating life in the sense that Thomas had in mind. But if they create 'parts and devices' that are not completely 'robust' but, rather, turn out to be subject to mutation or other unforeseen eventualities then what? 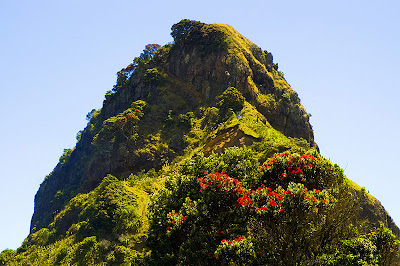 In a different context, D. Graham Burnett quotes Nietzsche. I may be wrong to intuit a connection, but want to keep it in view:

We should leave the gods in peace … and rest content with the supposition that our own practical and theoretical skill in interpreting and arranging events has now reached its apogee. But at the same time, we must not conceive too high an opinion of this dexterity of our wisdom, since at times we are positively shocked by the wonderful harmony that emerges from our instruments—a harmony that sounds too good for us to dare claim the credit for ourselves. Indeed, now and then someone plays with us—good old chance.

Posted by Caspar Henderson at 06:37

This or that mutation may or will escape from labs or fields. Yet I worry as much that restraining curiosity and tinkering already harms us more. I comfort myself that threatening blobs may have already came and went; that we are the most dangerous mutation in a hotter dish and after billions of years; that loosing annihilating strands is unlikely, because Lewis is also saying we assuredly cannot make a molecule perfect. Yes, I know that's little comfort.