Dancing in the savannahs

Jonathan Balcombe describes warped perspectives in much of the scientific study of animal lives and behaviour. Barbara Ehrenreich sees a similar bias in the study of human psychology. Here's Balcombe (2006):

Nature is not nearly so grim as she is made out to be. A gazelle, like you or I, will die only once, and that death is usually a fairly fleeting affair compared to the life that goes before. A violent end on the African savannah typically lasts minutes, at most. Tens, hundreds or thousands of days precede it, few of which are punctuated by any serious threat....

Scientists would rather refer to ‘rewarding’ stimuli than to ‘pleasurable’ ones. In birds, kissing has been labeled ‘beak rubbing’, and open mouthed kissing as ‘false feeding’. It’s all rather sterile and businesslike. One might expect that a 1996 volume on partnerships in birds, many of which are lifelong, would disclose some examples of affectionate behaviour, but ‘affection’ doesn’t appear in the subject index, whereas there are more than 30 references to ‘aggression.’

Not only was the science of psychology narrowly culture-bound; its emphasis on pathology largely precluded any careful study of the more pleasurable emotions, including the kind of joy - growing into ecstasy - that was the hallmark of so many ‘native’ rituals and celebrations In the psychological language of needs and drives, people do not freely and affirmatively search for pleasure; rather, they are ‘driven’ by cravings that resemble pain. To this day, and no doubt for good reasons, suffering remains the almost exclusive preoccupation of professional psychology. Journals in the field have published forty-five thousand articles in the last thirty years on depression, but only four hundred on joy. 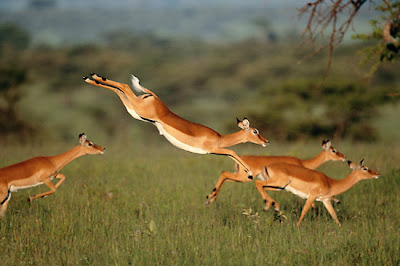 (Hat tip SH for Ehrenreich)
Posted by Caspar Henderson at 08:15

Consistently broad posts, sensitive but acute, grand but purposed. Day by day I am lifted. Thanks.