It seems feasible that over the coming century human nature will be scientifically remodelled. If so, it will be done haphazardly, as an upshot of struggles in the murky realm where big business, organised crime, and the hidden parts of government vie for control. If the human species is re-engineered it will not be as a result of humanity assuming a godlike control of its destiny. It will be another twist in man's fate.

Thus John Gray (2002) in pessimism of the grand style, which sweeps along so boldly that you may sometimes question if it sweeps away too much. [1]

For Gray, the prospect of conscious human evolution evoked by E O Wilson is a mirage.

Further extensions for Freud's prosthetic (brutal infant) god(s) are likely. Whatever is coming down the track may not be godlike in the sense Gray means, but it may be as arbitrary and unpredictable, as kind and as cruel as the gods in Ovid's Metamorphosis. 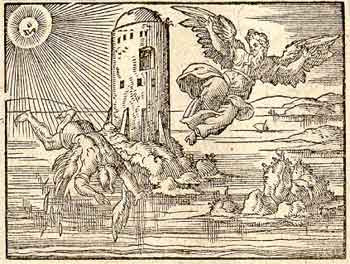 [1] So, for example, Man may well be "a highly inventive species that is also one of the most predatory and destructive"; but it may be more than that. Man, and especially women, may also be "naturally" cooperative and compassionate. Pity, like a naked new-born babe, striding the blast...shall blow the horrid deed in every eye, that tears shall drown the wind. 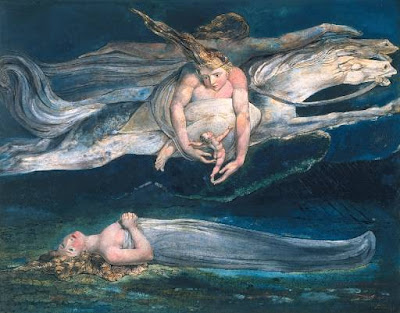 Posted by Caspar Henderson at 08:52