I'm no historian of game theory, but I'm fairly sure that this, from an essay in Nature's series Being Human, has been well understood for a few decades:

Most of our interactions occur in a population of players, and pay-off accumulates over encounters with many different people. Because overall success is proportional to the sum of that pay-off, the other person in any one encounter is more a partner than an opponent. [1]

A more pressing matter, arguably, is how broadly and deeply networks of partnership extend. Historically, it's often argued, the boundaries have been quite narrow and shallow. For example, during the late Pleistocene, writes Samuel Bowles in another essay in the series [2], competition between small hunter-gatherer groups, each of them internally altruistic, was rife. Over seven millennia in the Channel Islands off southern California, for example, "conflict [between groups] accounted for a much larger fraction of deaths than occurred during Europe's just concluded century of total war" [3]. 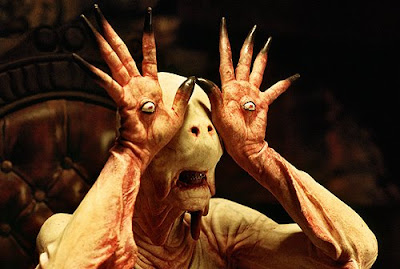 Over time, however, networks have become larger and deeper. Half a millennium of rapid technological advance and intense conflict reforged Europe from some 500 city states, bishoprics, principalities and other sovereign bodies into about 27 states, now acting in union (more or less!). The parochial form of altruism, in which we only co-operate narrowly and are in a state of near permanent war with most other groups, is (Bowles concludes) "part of the human legacy but it need not be our fate." [4]

Right now, however, there are at least three kinds of breakdown and/or incipient conflict that need attention: those internal to particular nations and/or economic groups; those between nations and groups; and those concerning beings, such as future generations, unable to speak for themselves [5].

An example of the first is the breakdown in trust occasioned in part by the privatisation of gains but socialisation losses by financial and corporate elites in rich countries [6]. An example of the second is failure of outside countries to exercise their responsibility to protect large numbers of people at high risk in places like Congo and Zimbabwe [7]. An example of the third is the failure, so far, of world governments to act effectively on climate change [8]. 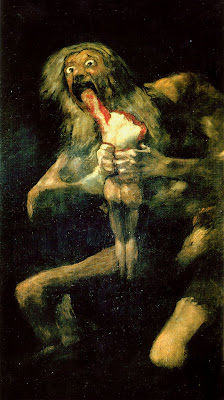 1. Generosity: a winner's advice by Martin Nowak. Nature 456, 579 (4 December 2008). Nowak wants to "add cooperation to mutation and selection as a fundamental force of evolution." Lynn Margulis and many others would probably say they already made the case decades ago. But it's not a view shared by, for example, Steve Jones in Coral.

3. An poignant instance of inter-group conflict and intra-group co-operation seems to come from evidence of the earliest DNA so far discovered of a whole family, buried together about 4,200 years ago near the Saale River in Germany. See report. This example long post-dates the beginnings of agriculture, of course.

4. For optimism see also, for example, Robert Wright. For pessimism see, say, this. And here Gideon Rachman considers the possibility of global government.

5. Something like the three problems identified by Martha Nussbaum in Frontiers of Justice.

7. The 'responsibility to protect', a far-reaching principle that holds that states have a responsibility to protect the lives, liberty, and basic human rights of their citizens and that if they fail or unable to carry this out, the international community has a responsibility to step in. In Terror and Consent, Phillip Bobbit notes that Lee Feinstein and Anne-Marie Slaughter have proposed a corollary that would change international law to recognize a 'duty to prevent' -- that is, to create a legal obligation for outside intervention when a state commits crimes against humanity, develops weapons of mass destruction or shelters terrorists. Bobbit, who was an adviser to John McCain in the recent presidential campaign, argues for something like this, concluding that when 'we' finally get serious in the 'Wars against Terror', "we will face a threat to mankind that is unprecedented and is potentially measureless in its tragedy."

8. Roman Krznaric argues that this can in part be overcome by reducing an empathy deficit, citing Barack Obama as a source of hope. [For the record, I think that while 'denial' is a significant problem hindering effective policies on climate change, it is not the only one. At least as significant, I think, is a simple failure to understand the non-intuitive nature of stock and flow -- or, in simpler terms, that if you stop increasing your credit card debt it doesn't mean that the debt goes away.]
Posted by Caspar Henderson at 09:12