When, in 2007, I started writing this blog and researching the book it supports, I discovered that many well-informed people had not heard of the Anthropocene. That has now changed. [1]

The nature and significance of the Anthropocene transformation is partly captured in this passage (in a paper from which Nature excludes non-subscribers but which David Roberts at Grist helpfully quoted a few days ago):


On the timescale most relevant to biological forecasting today, biotic effects observed in the shift from the last glacial to the present interglacial included many extinctions; drastic changes in species distributions, abundances and diversity; and the emergence of novel communities. New patterns of gene flow triggered new evolutionary trajectories, but the time since then has not been long enough for evolution to compensate for extinctions.

At a minimum, these kinds of effects would be expected from a global-scale state shift forced by present drivers, not only in human-dominated regions but also in remote regions not now heavily occupied by humans; indeed, such changes are already under way.

Given that it takes hundreds of thousands to millions of years for evolution to build diversity back up to pre-crash levels after major extinction episodes, increased rates of extinction are of particular concern, especially because global and regional diversity today is generally lower than it was 20,000 years ago as a result of the last planetary state shift. … Possible too are substantial losses of ecosystem services required to sustain the human population. … Although the ultimate effects of changing biodiversity and species compositions are still unknown, if critical thresholds of diminishing returns in ecosystem services were reached over large areas and at the same time global demands increased … widespread social unrest, economic instability and loss of human life could result. 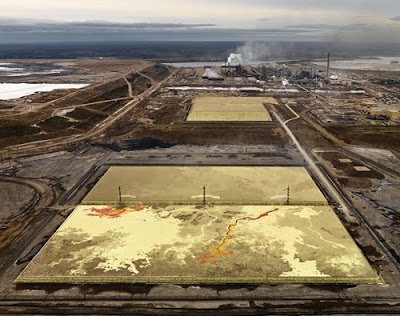 [1] The word was probably coined in 2000 although the concept predates this. Notable articles bringing it to a large, non-specialist audience are much more recent.  Oliver Morton's cover story for The Economist, for example, was published in May 2011. (Added 21 June 2012) See Welcome to the Anthropocene by David Biello
Posted by Caspar Henderson at 13:47

Email ThisBlogThis!Share to TwitterShare to FacebookShare to Pinterest
Labels: Anthropocene