'Our natural and original malady' 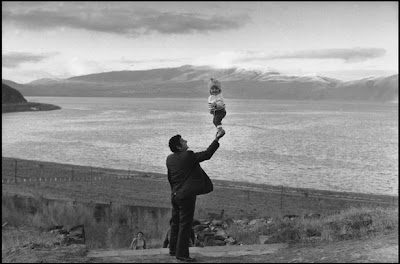 Good to be reminded of this once more:


Presumption is our natural and original malady. The most calamitous and fragile of all creatures is man, and at the same time the proudest. He sees and feels himself placed here in the mire and dung of the world, attached and fixed in the worst, most lifeless, and most corrupt part of the universe, on the meanest floor of the house and the farthest removed from the vault of heaven, with animals of the worst condition of the three [of those that fly, swim, and live on the ground]; and he goes installing himself in his imagination that he makes himself God's equal, that he ascribes to himself divine attributes, that he winnows himself and separates himself from the mass of other creatures, determines the share allowed the animals, his colleagues of faculties and powers as seem good to him. How does he know, by the effort of intelligence, what inwardly and secret moves the animals? By what comparison of them with ourselves does he deduce the stupidity which he attributes to them? When I play with my cat, who knows whether she is not making me her pastime more than I make her mine?

Jim Broadbent is a surprising but effective voice for a well chosen selection from Montaigne's writing here.
Posted by Caspar Henderson at 21:15