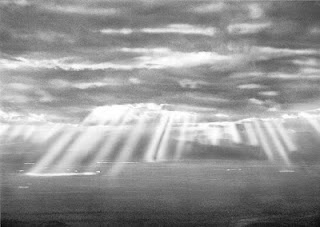 ...Our universe, Leibniz theorized, was selected from an infinity of possible universes optimized so that a minimum of laws would lead to a maximum diversity of results. Leibniz's reflections on the nature of mind culminated in his monadology of 1714, a short text describing an universe of elementary mental particles that he called monads, or little minds. These intelleces, the local actual of a universal mind, reflected in their own inner state the state of the universe as a whole. According to Leibniz, relation gave rise to substance, not the other way round, as Newton had it.

“Back to Leibniz” is how Norbert Wiener entitled an article on quantum mechanics in 1932. “I can see no essential difference between the materialism which includes soul as a complicated type of material particle, and the spiritualism which includes material particles as a primitive type of soul,” Wiener added in 1934. Leibniz believed, following Hobbes and in advance of Hilbert, that a consistent system of logic, language and mathematics could be formalized by means of an alphabet of unambiguous symbols, manipulated according to mechanical rules. In 1675 he wrote to Henry Oldenberg, secretary of the Royal Society and his go-between with Isaac Newton, that “the time will come, and come soon, in which we shall have a knowledge of God and mind that is not less certain than that of figures and numbers, and in which the invention of machines will be no more difficult than the construction of problems in geometry.”...

...Envisioning what we now term software he saw the correspondence between logic and mechanism worked both ways. To his Studies of a Geometry of Situation sent to Christian Huygens in 1679, he appended the observation that “one could carry out the description of a machine no matter how complicated in characters which would be merely the letters of the alphabet and so provide the mind with a method of knowing the machine and all its parts”...

...Anticipating Gödel and Turing, Leibniz promised that through digital computing the human race will have a new kind of instrument which will increase the power of the mind much more than optical lenses strengthen the eyes. Reason will be right beyond all doubt only when it is everywhere clear and certain as only arithmetic has been until now...

...If everything is assigned a number does that diminish the meaning in the world? What Gödel and Turing proved is that formal systems will sooner or later produce meaningful statements whose truth can be proved only outside the system itself. This limitation does not confine us to a world with any less meaning. It proves on the contrary that we live in a world where higher meaning exists. “Our earthly existence, since it in itself has a very doubtful meaning, can only be a means to the goal another existence,” Gödel wrote to his mother to 1961. “The idea that everything in the world has meaning is, after all, precisely analogous to the principle has everything has a cause, on which the whole of science rests.”

-- from Turing's Cathedral by George Dyson
Posted by Caspar Henderson at 22:31