The Common seal displays incredible colours: russets, coppers, burnished browns. The result of the mud on which they haul out. London clay naturally rich in iron oxide: Rust, basically. Wild creatures stained the colour of iron and industry.

The Knot which in great flocks is "more extraordinary" even than a giant flock of starlings. It has to do, says Macfarlane, with their winter colours: "They're silver and white. The effect of this is that as the light hits them they 'ping' brightly like little flecks of snow or ice. Then they turn as a group and they vanish. It's almost as if they've slipped out of our dimension into another and then they turn again and they're into our world, visible again. It's absolutely mesmerizing to watch.

This otherwordlyness, this feeling of other creatures moving in and out of our dimension and our perception is part of what fascinates me about Essex; these portal moments when you glimpse into another world running beside ours in parallel with it.

My grandfather was very involved in the development of Radar during the Second World War, and he told me once about what the Radar scientists called 'angels'. By this they meant flocks of birds which came in off the coast or up river estuaries. The radar detected these palping strange shapes and the scientists called them angels. 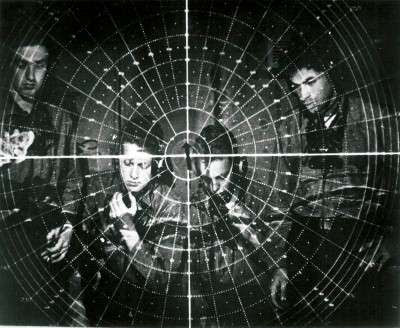 
for the vast majority of viewers, the time spent before the movie or TV screen is time lost from actual encounters with nature, which, when ultimately made, can be fraught with disappointment.

But The Wild Places of Essex, available on iPlayer in the UK until 10 March, is a must see.

P.S. my review of the book on which it's based is here.
Posted by Caspar Henderson at 13:25

The nature TV thing: spot on. Macfarlane's Essex piece was about the only bit of natural history telly I can remember which actually moved me. But then, nature on TV is often just about the camera work and not the words, and with Macfarlane, the words come first. And -damn- they're good words.