A barely imagined state of being

Generally, we moderns follow Epicurus: "where death is, we are not." It is not possible to imagine what it is like to be dead because in death there is no imagining. [1]

We do, however, have a powerful sense of 'living death', a state of minimal existence in which agency/freedom is utterly absent. For this reason (and perhaps for others [2]), we sympathize with the 'dead' Achilles when Odysseus sees him in Hades:


By god, I'd rather slave on earth for another man

some dirt-poor tenant farmer who scrapes to keep alive
than rule down here over all the breathless dead. [3]

So what to think about those who retain something like awareness in what had appeared to be a vegetative state?

One of the most difficult questions you might want to ask someone is whether they want to carry on living. But...the scientific, legal and ethical challenges for doctors asking such questions are formidable. "In purely practical terms, yes, it is possible...But it is a bigger step than one might immediately think."

One problem is that while the brain scans do seem to establish consciousness, there is a lot they don't tell us. "Just because they can answer a yes/no question does not mean they have the capacity to make complex decisions"... [4] 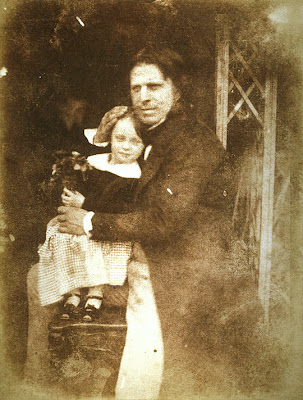 [1] Some take a different view. For example, David Eagleman:


In the moment of transition between life and death only one thing changes: you lose the momentum of the biochemical cycles that keep the machinery running. In the moment before death you are still composed of the same thousand trillion, trillion atoms as in the moment after death. As you degrade, your atoms become incorporated into new constellations: the leaf of a staghorn fern, a speckled snail-shell, a kernel of maize, a beetle's mandible, a waxen bloodroot, a ptarmigan's tail feather. But it turns out your thousand trillion, trillion atoms were not an accidental collection, each was labelled as composing you, and continues to be so wherever it goes. So you're not gone, you're simply taking on different forms.

Instead of your gestures being the raising of an eyebrow or a blown kiss, now a gesture might consist of a rising gnat, a waving wheat stalk and the inhaling lung of a breaching beluga whale. Your manner of expressing joy might become a seaweed sheet playing on a lapping wave, a pendulous funnel dancing from a cumulo-nimbus, a flapping grunion birthing, a glossy river-pebble gliding around in eddy. From your present clumped point of view this afterlife may sound unnervingly distributed, but in fact it is wonderful. You can't imagine the pleasure of stretching your redefined body across vast territories, ruffling your grasses and bending your pine branch and flexing an egret's wing while pushing a crowd towards the surface through coruscating shafts of light...

[2] Few have the equanimity of Epicurus or Lucretius. For Philip Larkin, their poise was specious. Perhaps in the haze of terror attendant on two different conditions both of which we abhor -- actual death and 'living death' -- the distinction between the two is erased in the mind.

[3] Robert Fagles' translation  (The following added on 25 Jan 2011: In a review of All Things Shining by Hubert Dreyfus and Sean Dorrance Kelly, Susan Neiman remarks:


Achilles’ speech in Hades — the first poetry that Plato wanted to expunge from his ideal republic — is one key that suggests Homer’s heroes, like the rest of us, had a great deal of trouble with suffering and evil, those things that make the meaning of life problematic.

[4] from Giving the 'unconscious' a voice. P.S. 9 am: In report here, Helen Gill says that one person who had been in a locked-in state for eight years expressed not anger but frustration at not having been able to communicate. But this feeling may not be universal. Against the assumptions made in this post, could some in such a state actually be happy? Or could the question be irrelevant? In the same report, Colin Blakemore warns against jumping to the conclusion that people who show a degree of awareness in what had appeared to be VS are conscious in the way we normally think of it.

Email ThisBlogThis!Share to TwitterShare to FacebookShare to Pinterest
Labels: death