A circle of life

In Why Animal Suffering Matters, Andrew Linzey argues that sentient animals, like children, should be accorded a special moral status.
I haven't read this book yet, and don't pretend to be up to speed with the philosophy and wider debates about animal rights, but I am aware that some philosophers and others identify at least one difference between children and animals which they regard as important: children are future adult humans whereas animals are not. Their capabilities and flourishing follow distinct paths. [1]
There is a good case for regarding non-human animals as different in significant ways from humans (but not necessarily of any less worth for that). There may also be a case for seeing children in different ways from how we often do in most 'modern' societies.
According to Hugh Brody's account, the Inuit believe their infants to be reincarnations of recently deceased grandparents. A mother may address her daughter as both 'daughter' and 'mother'. It would be impossible and silly to try and introduce such a belief into the industrial world. But we might have something to learn from the sense of trust, respect and reverence that such a belief brings with it for even the smallest and most vulnerable. Birth, life and death are greater than the individual ego.
Should only be sentient beings be worthy of 'special moral status'? 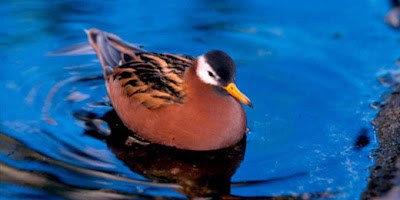 Just out of interest, how would you define "sentient"? Where would the cutoff point be for sentience?

This is a big question. Thanks for raising it. I won't give much of an answer right now as it obviously needs a lot of reflection.

There is something to be said for sticking with a fairly conventional definition of sentient such as "responsive to or conscious of sense impressions" (noting that the two things on either side of that "or" are not necessarily the same). But definition is very wide indeed and in the first part of the definition even applies to some machines.

Trying to narrow it down, two common cut off points are: a) with/without a complex nervous system that can register pain; and b) with/without reflexive self-awareness and/or able to make judgements using information not immediately present in the immediate outside world (or something like that). These may be useful in some circumstances. Interestingly, both memory and intelligence (among other things) can clearly exist without consciousness (see for example, Darwin on the mental power of worms)

Quite a few serious people are open to the notion of 'mind' being very widely present in the world. I've been reading Carl Safina's Voyage of the Turtle. Reflecting on a sea eagle and a butterfly he sees near a beach in West Papua, he writes:

Something very like a mind seems to govern all these creatures. Who can plumb the perimeters of consciousness for termites or turtles? Of what they do, how much are we aware? How much do they perform unawares? And what of the inexplicable and perplexing minds of such sentient yet nonsensical beings as we, so ruled and riled by superstition and rage? How much do we do for reasons we are not truly aware of, or that we falsely think we understand?

This is not for everyone. I'm not sure it's for me. What, really, is meant by 'mind' in such a context? On the other hand, sentient yet nonsensical does seem a fair description of much contemporary human behaviour.

Sorry, that really is not much of an answer.

That was a really interesting answer, and indeed helpful-- I've always understood "sentient" as roughly synonymous with "conscious". But "conscious" is also a slippery term.