In his opening remarks for the first conference in Egypt on the work of Charles Darwin, Ismail Sergaldin, the director of the Bibliotheca Alexandrina, cited the words of the 13th-century physician Ibn al-Nafis:

When hearing something unusual, do not pre-emptively reject it, for that would be folly. Indeed, horrible things may be true, and familiar and praised things may prove to be lies. Truth is truth unto itself, not because people say it is. [1]

It was an astute choice, perhaps, but al-Nafis's wisdom seems to have escaped this young man:

“I am not against the idea of evolution completely,” said Amr Zeydah, 23, a zoology major at Alexandria University. “I accept the idea partially.”

Despite his major, Mr. Zeydah has never studied Darwin, and before the conference knew little about the theory of evolution. He accepted the Islamic account of creation, that God formed Adam from dirt and infused him with a soul.

But after taking in the discussion, he said he had worked out a way to reconcile the two: that God created life, which then evolved to suit its environment. “God created Adam at 15 meters tall,” he said, quoting what he said was a Hadith, or saying, of the Prophet Muhammad. “So evolution comes in because we are obviously not that height now.” 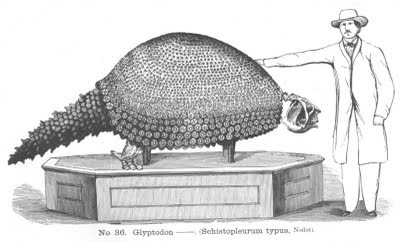 Footnote
[1] An early version of nullus in verba, perhaps. Evolutionary theory, properly understood, is extremely beautiful. The ugliness resides in the minds of those who fail to understand.
Posted by Caspar Henderson at 22:19

Evolution, properly understood, is an extremely beautiful theory. The ugliness resides in the minds of those who fail to understand.

Thanks for articulating clearly and concisely what I've been thinking about creationism-- and anti-science sentiment in general-- for a long time.

Beauty in things exists in the mind which contemplates them.

I think this observation -- more complex than it may seem at first -- gets it absolutely right. I quoted it here.