The war on teddy bears

When I was a correspondent in Kabul in 1997 I kept a pretty good list in my head of everything that was outlawed. And so at a press conference when the head of the Taliban Department for Preventing Vice and Promoting Virtue mentioned in passing that of course teddy bears had been banned, I knew they weren't on the list. So I said, actually teddy bears aren't banned. The Vice and Virtue man looked at me and said, OK then we'll ban them tonight.

--Alan Johnston in the second of two broadcasts about 'thirty years of conflict and chaos in Afghanistan'.

Fig 1. The suspect: Johnston - no friend to Afghan teddy bears 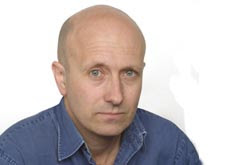 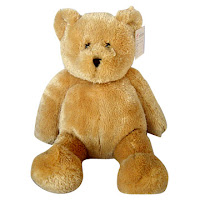 Posted by Caspar Henderson at 06:02

Email ThisBlogThis!Share to TwitterShare to FacebookShare to Pinterest
Labels: humour