I wrote in an earlier post that few creatures are as strange as the Ediacarian biota. One candidate may be Paleodictyon nodosum (perhaps a xenophyophore). The only known visible feature associated with this being:


consists of tiny holes arranged in six-sided patterns that look curiously like the hearts of Chinese checkers boards. [Peter A. Rona] has photographed thousands of the hexagons and found that large ones have 200 or 300 holes. 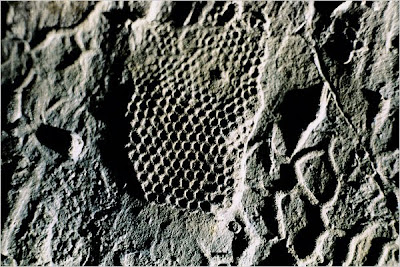 Dr Rona's inability to catch the creature itself means that even though scientists have given it the fossil’s name, they still vigorously debate what it is. The main question is whether the hexagonal patterns are burrows or body parts, vacant residences or animal remains.

-- from Diving deep for a living fossil. 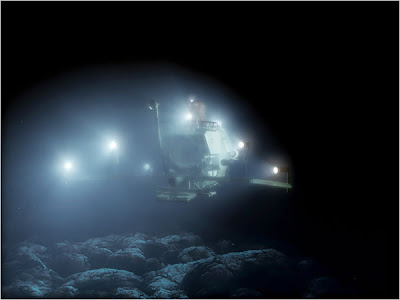 Posted by Caspar Henderson at 10:54