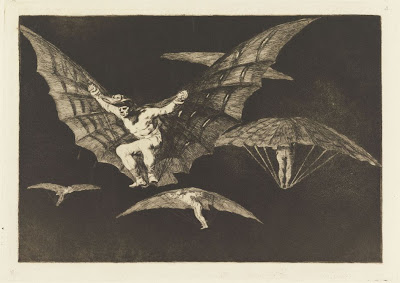 The Book of Barely Imagined Beings will be published in the UK in early October. Starting at that time I will, conditions permitting, post new thoughts, humorous or otherwise, each week linked to a particular chapter, A through Z, of the book. There are 27 chapters (there two Xs) plus an introduction and conclusion so the posts are likely to run up to around the time of US publication next March.

The book covers a wide variety of themes, including monsters and the monstrous in nature and human imagination.  Of the latter, here are a couple of examples I happen to have come across in recent days:


One spring morning, amid the piles of dead peasants in Kharkiv market, an infant suckled the breast of its mother, whose face was lifeless grey. Passersby had seen this before...not just the dead mother and living infant but that precise scene, the tiny mouth, the last drops of milk, the cold nipple. The Ukrainians had a term for this. They said to themselves, quietly as they passed: "These are the buds of the socialist spring."

-- from Bloodlands: Europe between Hitler and Stalin by Timothy Snyder


Survivors remember seeing people's fingernails dropping from their fists like dried shell pasta. They remember human-sized "dolls of charcoal" slumped in alleys. Someone recalled a man struggling along on two stumps, holding a charred baby upside down. Another recalled a shirtless woman whose breasts had burst "like pomegranates".

-- from a description of the Nagasaki aftermath quoted by Sam Kean in The Violinist's Thumb
Posted by Caspar Henderson at 13:13

Email ThisBlogThis!Share to TwitterShare to FacebookShare to Pinterest
Labels: Monsters