The Matrix and the Rambunctious Garden 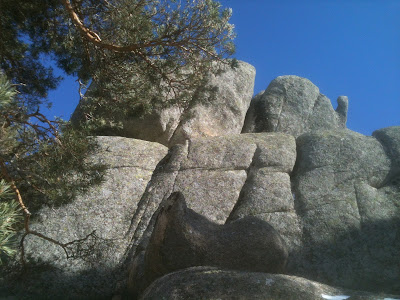 Matt Ridley has a vision of the future:


With much of the world’s meat grown, brain-free and legless, in factories, and much of its fruit and vegetables in multi-storey urban farms lit with cheap fusion power, there will again be vast steppes, savannahs, prairies and rain forests, teeming with herds of wild game. Perhaps even a few woolly mammoths among them.

To some, parts of this scenario may look more like a nightmare.  Even on the most optimistic reasonable view there are grounds for doubt. How do we know future 're-wilded' ecosystems will take the form we want them to if system interactions and changes are more complex than we can model and predict? The uncertainties are even greater if,  as the evidence indicates,  large scale  changes to the Earth system as a whole are also already underway?

Perhaps, in the event of relatively benign outcomes in which humans are still a major presence, the future will see not so much 'the revival of wild ecosystems' as the creation of new ones -- hard to predict combinations of old and new by human hand and accident.

See Emma Marris on the Rambunctious Garden and Garry Hamilton on Welcome Weeds: How alien invasion could save the Earth.

And on this blog Sperm to worm, womb to tomb and erection to resurrection.
Posted by Caspar Henderson at 14:21