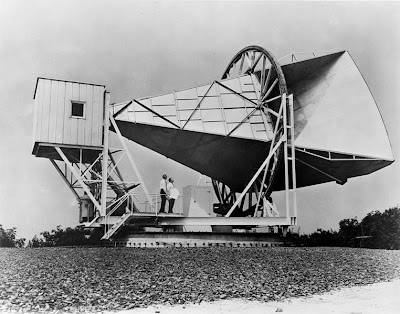 To attempt to predict anything beyond the relevant horizon is futile -- it is prophecy -- but wondering what is beyond it is not. When wondering leads to conjecture, that constitutes speculation, which is not irrational either. In fact it is vital. Every one of those deeply unforeseeable new ideas that make the future unpredictable will begin as speculation. And every speculation begins with a problem...

We cannot yet measure the universe as accurately as Eratosthenes measured the Earth. And we, too, know how ignorant we are. For instance, we know from universality that AI is attainable by writing computer programs, but we have no idea how to write (or evolve) the right one. We do not know what qualia are or how creativity works, despite having working examples of qualia and creativity inside all of us. We learned the genetic code decades ago, but have no idea why it has the reach it has. We know that both the deepest prevailing theories of physics must be false. We know that people are of fundamental significance, but we do now know whether we are among those people: we may fail, or give up, and intelligences originating elsewhere in the universe may be the beginning of infinity...

Much of what I think I understand in Deutch's writing I find fascinating and convincing. But is he right to say, for example, 'we have no idea why the genetic code has the reach it has'?

Deutsch defines (post-Enlightenment) persons as (something like) 'universal explainers and constructors' (p.203).  Is that what we are?

Recalling Orgel's second rule  ('evolution is cleverer than you are'), I'm not yet wholly convinced by the following (p. 380):


...the frequently cited metaphore of the history of life on Earth, in which human civilization occupies only the final 'second' of the 'day' during which life has so far existed. In reality, a substantial proportion of all evolution on our planet to date has occurred in human brains. And it has barely begun. The whole of biological evolution was but a preface to the main story of evolution... 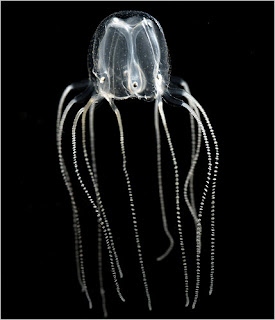 P.S. 9pm: My optimism after reading The Beginning of Infinity was dampened by this.