I have been taking notes for a section of the book about pufferfish and, more widely, human appetite. So it's nice, but distracting, to note that the featured article on Wikipedia today is on the pufferfish's tetraodontiform cousin the Mola mola, or Ocean sunfish. Particularly diverting, I think, is this photo of the fry, just two or three millimeters across. The tiny animal is embedded in spines so that it looks like a cross between a starfish and a fish: 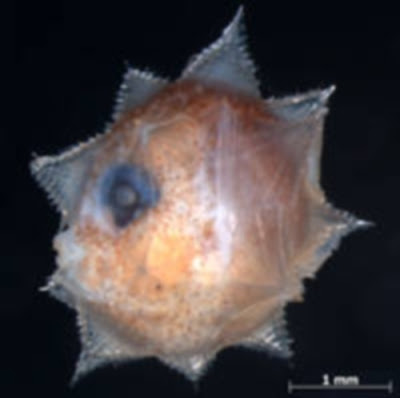 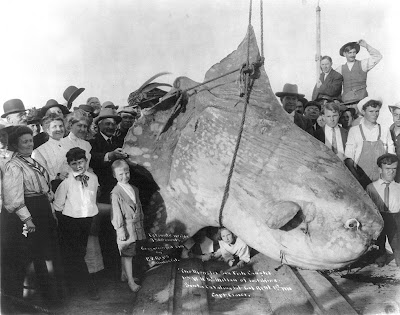 But just in case one is left with only a warm, slightly unfocused feeling of wonder, the Wikipedists (no great prose stylists) remind us that:

Posted by Caspar Henderson at 16:32