So Excellent a Fishe 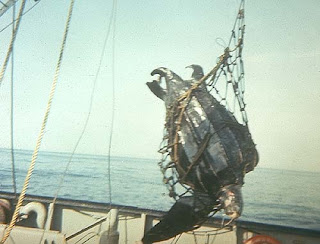 I have been trying to write about leatherback turtles and human imagination (so far with very limited success). The topic leads in various directions including musings on time, space and memory, and the work of (among others) Giordano Bruno, David Hume, Douwe Draaisma and Oliver Sachs. Another authority on memory is Erich Kandel who happens to be speaking at the Royal Society next Tuesday. Kandel's Nobel autobiography is remarkable, not least for his account of the Nazi-toxication of Austria:

In the background the Horst Wessel song, one of the hypnotic Nazi marching songs that even I found captivating [emphasis added], blared forth.

Back to the turtles. Who will contradict Fredric Janzen when he writes:

The long lives of many organisms such as turtles mask their ongoing declines. By the time the catastrophic demise of these species is first noticed by the public, it is often too late to restore them, much less maintain their genetic integrity. 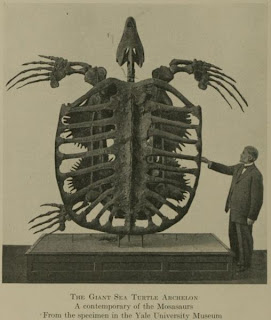 Posted by Caspar Henderson at 09:41