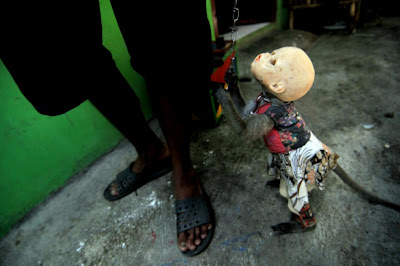 If we put aside the self-awareness standard—and really, how arbitrary and arrogant is that, to take the attribute of consciousness we happen to possess over all creatures and set it atop the hierarchy, proclaiming it the very definition of consciousness (Georg Christoph Lichtenberg wrote something wise in his notebooks, to the effect of: only a man can draw a self-portrait, but only a man wants to)—it becomes possible to say at least the following: the overwhelming tendency [in the results of all recent scientific research] has been toward more consciousness. More species having it, and species having more of it than assumed.

-- from One of Us by John Jeremiah Sullivan. See also Frans de Waal on The Brains of the Animal Kingdom:


Aristotle's ladder of nature is not just being flattened; it is being transformed into a bush with many branches. This is no insult to human superiority. It is long-overdue recognition that intelligent life is not something for us to seek in the outer reaches of space but is abundant right here on earth, under our noses.

Posted by Caspar Henderson at 07:50