In the long term 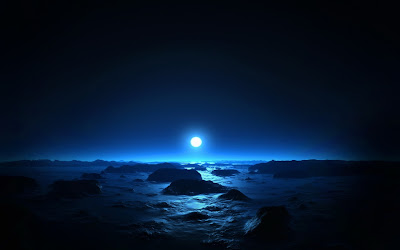 In his True History, the rhetorician and satirist Lucian of Samosata imagined the sun itself might be inhabited. About 1700 years later William Herschel hypothesized that the part of the sun we see from Earth is something like our aurora borealis and that beneath it was a layer of dense clouds that shielded denizens of the surface from our sight. Herschel's son John suspected that the ephemeral formations we call solar flares might themselves be living creatures.  In 1999, building on Freeman Dyson's 1979 paper Time without End: Physics and Biology in an Open Universe, Greg Adams and Fred Laughlin envisaged life on white dwarfs:


White dwarfs are unimaginably dense -- 1014 [a hundred trillion] grams per cubic centimeter -- but their atmosphere [may] allow [for] mobility. Those atmospheres contain oxygen and carbon, and although they are quite cold, they are warm enough that they would allow those chemicals to interact in interesting ways. White dwarf atmospheres gain what heat they have by collisions with particles of dark matter, a process that will continue until the dark matter is exhausted, when the universe is 1025  years of age. Over such as span -- 100 billion times as long as it took for life to appear on Earth -- even slow-moving molecules have time to join in every conceivable pattern, including those necessary for life. The longevity of a stable environment...implies that life in white dwarf atmospheres is more than possible; it is likely...[It] would also be life quite unlike our own...metabolisms and rates of consciousness would be very slow. An intelligent creature living in a white dwarf atmosphere might take a thousand years to complete a single thought.

-- from Weird Life by David Toomey

Borges includes Thermal Beings in his Book of Imaginary Beings. These are imagined to have existed in an earlier era.

Email ThisBlogThis!Share to TwitterShare to FacebookShare to Pinterest
Labels: astrobiology