Some of all our awes

We may have royally messed with the planet, exterminated thousands of other species, and live in fear of our continuing ability to destroy; but we have not 'mastered' nature. [1]  The scope, scale and complexity of life and Earth systems (not to mention their frequent beauty) continue to be more than a match for our capacities, attention and wonder. [2]  Those who have looked deepest into space often come back to Earth with greater concern and love for what is most extraordinary about life on our planet. [3] As Georg Christoph Lichtenberg put it, 'the construction of the universe is very much easier to explain than that of a plant.'

de Boton writes that 'artists may have no solutions, but they are the ones who can come up with the words and images to make visible and important the most abstract and impersonal of challenges.' Regarding some responsibilities of, and opportunities for writers, consider this from Italo Calvino:


Overambitious projects may be objectionable in many fields, but not in literature. Literature remains alive only if we set ourselves immeasurable goals, far beyond all hope of achievement. Only if poets and writers set themselves tasks that no one else dares imagine will literature continue to have a function. Since science has begun to distrust general explanations and solutions that are not sectorial and specialized, the grand challenge for literature is to be capable of weaving together the various branches of knowledge, the various 'codes' into a manifold and multifaceted vision of the world. [4] 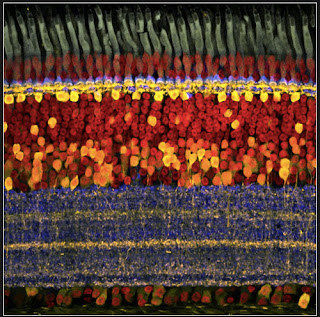 [1] As James Lovelock put it, 'nature is not fragile; we are.'  It's also possible that some or many human interventions will be weirdly creative.

[2] To recover awe with regard to even some of the 'lowest' forms of life, one can do worse than start with Carl Zimmer's Microcosm: E.Coli. and the New Science of Life (2008).

[3] The cosmologist Martin Rees is one example. John Huchra, who became passionately concerned about anthropogenic climate change, was another.

[4] From Six Memos for the Next Millennium (1985), previously noted on this blog at Weaving a Rainbow
Posted by Caspar Henderson at 12:01