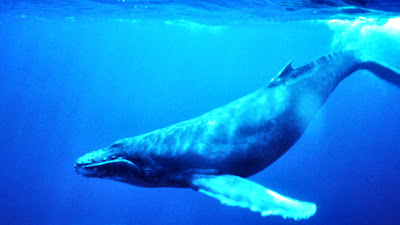 An introductory editorial in a series on science and music in the 8 May edition Nature says that musicology, statistics, cognitive and evolutionary biology and acoustics will help 'us' to understand much about western classical and beyond, but will also remind us that "none of these disciplines has yet been able to answer the fundamental question: why does music have such power over us?" And Philip Ball's essay in the same edition is consistent with that: Ball relays fascinating insights (for example, cognitive studies of infants and primates offer some evidence that [without cultural conditioning] the brain recognizes the octave, and possibly the fifth as 'special'), but a section titled 'Why does music move us?' brings to mind the story of the blind men describing an elephant.

This is not decry Ball or Nature. As Ball says, we have to start somewhere. Going on past form, the eight further parts of his essay will be engaging, and other articles connecting science to music in the 8 May edition -- Harnessing the hum, The cellular hullabalo and Music of the stratospheres-- are also fascinating [footnote].

It is an attempt to say something about the nature of the beast under examination. We all start from blindness here, and even if a large number of us can come to a more complete physical description, and beyond that a pretty full behavioural account of the elephant, we may still not 'know' elephants. But that's OK. As Nature puts it, "above all, what matters is that analysis strengthens rather than weakens humankind's sense of wonder."

Music is a material reality, of course, but -- like consciousness itself -- we sometimes experience it in ways that seem different from most material realities; music occurs to us as both a deeply interior phenomenon and an exterior one (see Rilke) .

Looking and listening out, the composer John Luther Adams is on to something with 'The Place Where You Go to Listen', which Alex Ross describes like this:

You sit on a bench before five glass panels, which change color according to the time of day and the season. What you notice first is a dense, organlike sonority, which Adams has named the Day Choir. Its notes follow the contour of the natural harmonic series—the rainbow of overtones that emanate from a vibrating string—and have the brightness of music in a major key. In overcast weather, the harmonies are relatively narrow in range; when the sun comes out, they stretch across four octaves. After the sun goes down, a darker, moodier set of chords, the Night Choir, moves to the forefront. The moon is audible as a narrow sliver of noise. Pulsating patterns in the bass, which Adams calls Earth Drums, are activated by small earthquakes and other seismic events around Alaska. And shimmering sounds in the extreme registers—the Aurora Bells—are tied to the fluctuations in the magnetic field that cause the Northern Lights.

Adams tells Ross that another piece, 'In the White Silence', is an elegy for a place that has disappeared: Alaska is now melting and filled with human noise.

The seven tenths of the planet that is water is also changing rapidly. Noise from human activity is an important factor, but far from only one, disturbing its many musics, including the songs of Humpback whales, which can span entire ocean basins.

A human future (see, for example, McKibben) will surely need music that helps keep us cheerful. It may also need more complex intimations such as Adams's 'Dark Waves' (accessible at the time of writing as an audio file at the bottom of this page).