Between Dubai and the deep blue sea

In a ramshackle fishing village on the outskirts of Honiara [in the Solomon Islands], Robert Satu holds up a necklace made of dolphin teeth. Up to 20 dolphins were killed to make it, he estimates, draping the heavy ceremonial jewellery around his neck.

'We cut them like this,' he says, drawing his hand across his throat, indicating how the animals are decapitated and the teeth prised out. During the slaughter, he says, the sea turns crimson.

-- from an article by Barbara McMahon titled South Seas dolphins face slaughter for their teeth - or life in captivity. But, as her accompanying audio report indicates, some people think that is, or should be, a false choice. 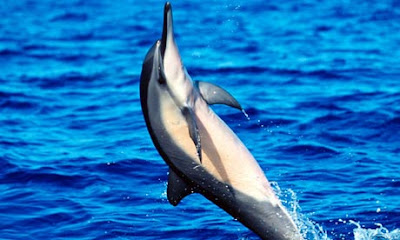 Posted by Caspar Henderson at 09:27

Email ThisBlogThis!Share to TwitterShare to FacebookShare to Pinterest
Labels: dolphin