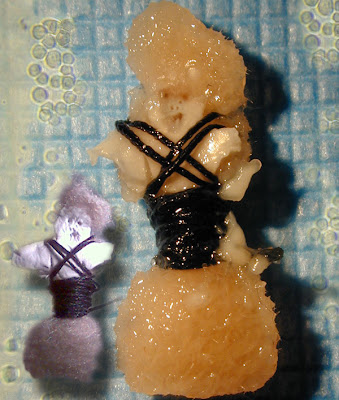 We have moved beyond a world of natural history into an era of what Richard Pell calls “postnatural history.” His new museum, the Center for PostNatural History, opened in Pittsburgh [in July 2012]. With it he endeavours to create a curiosity cabinet from the Anthropocene period - the age of man.

The only criteria for inclusion in Pell’s Wunderkammer are that the organisms have been intentionally altered by humans in a way that would be passed on through generations. Intentionality is the important bit, Pell says; after all, a museum of creatures changed by pollution, nuclear radiation or climate change would be endless.

--  from A museum of creatures re-engineered by humans