presents beautiful and amazing 3 D footage of the Chauvet cave; 'everybody' should see this

encourages the mind to wonder and wander

Responses on the second aspect will vary according to taste. My initial ones include:


Well done to the French Ministry of Culture for opening the cave to an untamed mind. They could so easily have opted for a predictable corporate-style documentation of 'facts', or what Herzog calls the accountant's truth

So much remains mysterious. Why for example are humans so rarely represented in paleolithic cave painting while sculpted human figures, notably 'Venus' figurines, appear to have been fairly common at about the same time?

It is virtually impossible not to project shadows of one's own dreams onto 'forgotten' ones. The minotaur, for example...

Many will consider it tendentious, but I like the inclusion at the very end of the film of albino, almost humanoid crocodiles floating and twitching in water tanks in a giant greenhouse heated by a nearby nuclear power plant. This is one of several points where I think Herzog accesses the subconscious mind in a remarkable and strange way. [1]  The whiteness of the reptilian... 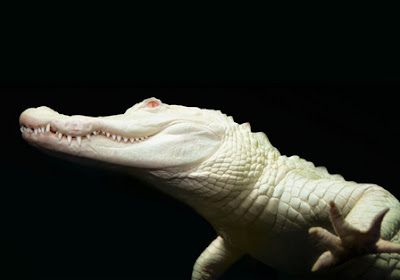 
Or is it that we understand nothing? A majestically bizarre coda, switching from that subterranean bestiary to a pair of albino crocodiles currently swimming the waters near an adjacent nuclear plant, lets go of the whole tension between Palaeolithic handiwork and twenty-first-century guesswork, poetically proposing that like the twinned freak reptiles, ancient and modern mirror one another, each a form of unreality.

Posted by Caspar Henderson at 12:21

Email ThisBlogThis!Share to TwitterShare to FacebookShare to Pinterest
Labels: arts